"I spent 90% of my time literally exhausted"

Paul suffers from insomnia. Paul prevously used cannabis to 'switch off' but found smoking started to take over his life.

Paul was also suffering from stress, his brain going a million miles an hour with issues that I'm sure are familiar to many of us - work, money and family problems.

Paul turned to CBD rather than going back to smoking cannabis, with great results - including some unexpected ones!

Why did you decide to try CBD?

It's difficult to pinpoint the moment I decided to give CBD a try. I had used cannabis regularly for a number of years when I was younger. I enjoyed being stoned, I liked the social side with my friends, I liked the fact it rather pleasantly passed the time and I really enjoyed the fact that it calmed down my brain a bit. Imagine a million things going through your head, like a tap stuck on full. Money, job, repairs, family problems I had, problems I would expect to have, motorbikes, problems with motorbikes, movies, love life, all these were played on repeat constantly. Cannabis slowed that to manageable trickle. The problem with that was I am an ‘all or nothing’ kind of person, I guess I have an addictive personality. I was smoking too much, at home, at work - it was constant. I started to realise it was a bit of a problem and decided to stop smoking altogether about 5 years ago. Insomnia and anxiety started to creep in about a year ago and rather than revert back to smoking bid 24/7 about 4 months ago it dawned on me to look into CBD.

"I literally could not switch off, I was going to bed between 11pm and 1am and I was not falling asleep for an hour or two then I'd be up at 3 then 5 then 6"

I was under a great deal of stress at work, I worked in telemarketing, lead generation, inside sales and business development but it was more the uncertainty of a pending buy out that had me unsettled. That, accompanied with worry about debt and the pressures of a large young family, had caused me to stop sleeping well. I literally could not switch off, I was going to bed between 11pm and 1am and I was not falling asleep for an hour or two then I'd be up at 3 then 5 then 6. The problem was not so much the amount of sleep, but the fact it was completely broken up. I spent 90 % of my time literally exhausted. This had a direct bearing on the return of old deep rooted social anxiety issues - not diagnosed professionally but I really struggled in going to new places with new faces - a nightmare considering my line of work often had me at places way, way out of my comfort zone!

Have you ever tried any other treatments?

The only thing I remember ever being successful at ‘shutting off the tap’ was weed. I got over certain social anxieties by acting my way through it - ‘fake it till you make it’ and all that jazz. For the insomnia, I tried everything from old wives tales of warm milk and sickly sweet scents to short term Zopiclone, which I really did not get on with

I would not say reservations, more that I was wary that some of the products out there were not exactly what they say they were. There was an absolute minefield of claims and information, it was really hard to ascertain the facts from the sales pitches.

I tried a couple of different oils that I will not name & shame but the one that worked for me was a whole plant 10% oil, I was taking 25mg at night now i take 25mg in the morning and 25mg at night.

How did CBD help you?

It helped me in quite a few different - and some unexpected - ways. Most importantly I was able to slow down the flow of thoughts running through my mind at night - its not a silver bullet, those thoughts and worries were still there it just helped me to shut off, which meant I was getting 6-7 hours of largely uninterrupted sleep a night - a massive improvement. Unexpectedly it also helped with my anxiety - the only way I can explain it, is that the anxiety is still there, it’s just toned down to the point where it feels more like a memory of being anxious rather than fixating on it to the point where I’m forced to act my way through a situation.To this day I have not taken any other medication for sleep since trying CBD. I loved it that much I quit my job and became an advocate for CBD, running my own website now promoting and selling the products that have done so much for me.

Paul is passionate about endorsing products he knows and trusts and subsequently now runs his own website, Grow Well CBD

Why did you decide to try CBD?

Have you ever tried any other treatments?

How did CBD help you?

Struggling to sleep? Conventional methods not working? Maybe CBD can help! A drop of oil on the tongue or simply a relaxing cup of hemp tea may be all you need to get that well needed sleep.

One of the most popular CBD products. CBD oil is said to have numerous positive effects with many praising it as a universal remedy for all kinds of diseases and conditions. 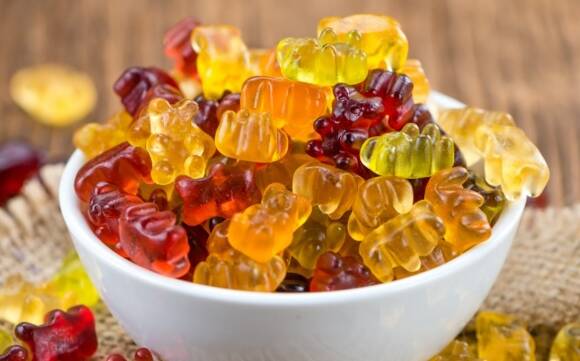