This page is really where we get our geek on and isn't strictly speaking necessary for your understanding of CBD - but we love the science!

Cannabinoids are chemical compounds that occur naturally in the cannabis plant. They are jointly responsible for the various medical effects that cannabis can have on our bodies.

There are over 100 cannabinoids. The best known are certainly CBD (cannabidiol) and the psychoactive THC (tetrahydrocannabidiol). These two compounds only occur in the plant in "acid" form (CBD-A and THC-A).

Lesser-known cannabinoids, such as cannabigerol (CBG) or cannabichrome (CBC), are receiving increased attention. In addition to cannabinoids, the plant also contains terpenes. These give each cannabis strain an individual aroma, but can also interact with cannabinoids.

The full spectrum of potential uses for cannabinoids has not been sufficiently researched. In this overview we have analyzed the current research situation and summarized the possible effects of the most important cannabinoids.

Key cannabinoids... in a nutshell

Cannabis research is still in its infancy, largely due to the long illegality of the cannabis plant. Even large pharmaceutical companies have so far hardly invested any money in cannabis research (after all, you cannot patent herbal substances). It is scientifically undisputed that cannabinoids can have positive effects on human health. This can be noted in the UK government’s turnaround on the use of medicinal cannabis in 2018.

It’s worth noting that the molecular structures of the cannabis plant are so complex that new cannabinoids are still being discovered today.

What medical professionals and researchers love about cannabis is that hundreds of organic compounds work together when used.

The holistic mode of action of CBD or THC with other cannabinoids, terpenes or other substances is known as the entourage effect. It is believed that this complexity can have a significant effect on the human body.

In the case of a CBD oil, the entourage effect could be higher if there are more extensive natural components in the oil. These types of CBD oils are called full spectrum oils or full oils.

It may surprise some that you won't get high if you eat freshly picked cannabis. When cannabis plants are harvested raw, there is virtually none of the most famous and notorious of all cannabinoids - THC (tetrahydrocannabinol).

Instead, an abundance of THC-A (tetrahydrocannabinolic acid) is found in living cannabis plants instead of THC. We'll get to the effect of THC-A in a moment.

It is only through heat and light that THC-A converts to THC once the chemical structure is changed. This process is called decarboxylation. After conversion, THC fits perfectly into our CB-1 receptor of the endocannabinoid system. THC can influence the central nervous system there. An accompanying factor is that you get "high" through THC if you consume it in appropriate quantities.

Of course, THC is best known for its intoxicating, psychoactive effects. Leisure use of THC is still illegal in the UK and in most countries around the world. But THC can do much more than just intoxicate. It has proven very promising in treating inflammation. Therefore, medical cannabis is now approved by prescription in the UK and is used, among other things, to treat the following diseases and symptoms:

The precursor to THC is THC-A, a fairly large, three-dimensional molecule. In contrast to THC, THC-A is not psychoactive. Put simply, you won't get high from THC-A because it is simply too big for our CB-1 receptor. To make it suitable, the THC-A molecule must first be reduced by heating.

THC-A is therefore an inactive chemical compound. This doesn’t mean that THC-A is completely ineffective.

It is believed that THC-A could provide a number of medical benefits, such as:

The cannabidiol (CBD) is significantly different from THC. CBD does not make you high and overall has fewer (or even no significant) side effects. Commercial hemp plants with a very high CBD content and very low THC content (generally not more than a maximum of 0.2% in most countries, although the strictest interpretation of UK law indicates there should be no detectable THC) are mostly used for CBD oils. Therefore, CBD oils in the UK should not contain detectable THC. As such, even with excessive consumption of CBD oil, you cannot get high with such a small or trace amount of THC.

Numerous studies attribute CBD - like other cannabinoids - to an analgesic, antispasmodic and anti-inflammatory effect. CBD interacts with the CB1 and CB2 receptors throughout the body and thus affects the central nervous system and the immune system.

A milestone for the use of CBD was certainly the report of the World Health Organization (WHO), in which CBD was described as harmless to health. So far, little or no side effects have been proven.

According to studies by various researchers, CBD could help with the following diseases:

Similar to THC-A, CBD-A is the acidic precursor to CBD. Like CBD, CBD-A is not psychoactive. CBD-A occurs in living and raw cannabis. The content is higher, especially in hemp plants and in those strains bred for high CBD levels. Like THC-A, CBD-A is an inactive chemical compound. CBD-A converts to CBD through heat and light (decarboxylation).

CBD-A can be consumed by juicing with raw cannabis. CBD-A can also be found in CBD oils, creams and capsules. In our last series of laboratory tests, around half of the CBD oils tested showed a measurable proportion of CBD-A.

Like THC-A, CBD-A does not match our CB-1 and CB-2 receptors. However, it is known that CBD-A interacts with the ECS as an inhibitor of the COX-2 enzyme. It is believed that CBD-A may have the potential to reduce inflammation.

CBD-A is also believed to potentiate the serotonin-producing 5-HT receptor. CBD-A could also be one of the main factors why cannabis could be used against nausea (antiemetics).

CBD-A is widely regarded as a key component of the medical spectrum of cannabis and the variety of possible therapeutic uses.

A study from September 2008 examined the potential anti-inflammatory properties of CBDA by selectively inhibiting the COX-2 enzyme. In a study from September 2012, CBDA was examined as a possible anti-cancer drug. The anti-emetic effects of CBDA were the subject of a study in February 2013. A January 2017 study found that CBDA could potentially be used to treat aggressive breast cancer.

Compared to cannabidiol, CBDA shows a significantly higher effectiveness in inhibiting vomiting in shrews and nausea in rats and in enhancing 5-HT 1A receptor activation. As a result, CBDA is promising as a treatment for nausea and vomiting, including predictive nausea, for which no specific therapy is currently available.

Cannabinol (CBN) is considered a slightly psychoactive cannabinoid, known for its calming properties. When THC is oxidized, the degradation process converts THC to CBN. For this reason, older THC products usually contain higher levels of CBN. The calming effect is a reason for some users to choose slightly older THC products.

It is assumed that the combination of CBN and THC as well as terpenes leads to a sedative effect.

The entourage effect should also be shown by the fact that the euphoric effect of THC can be increased by CBN.

The exact effects of this cannabinoid on the human body have not been fully researched. There have already been some small scientific studies that suggest some pharmacological applications, such as:

CBC has the same origins as THC and CBD, all from cannabigerolic acid (CBG-A). Cannabis plants produce CBG-A, the precursor to THC-A, CBA-A and CBC-A (cannabichromenic acid).

The effect of CBC is underwhelming. Again, the reason is the same as with THC-A and CBD-A. Because the molecule does not fit our CB-1 receptors.

However, CBC has unique advantages. It binds to other receptors, such as the vanniloid receptor 1 (TRPV1) and TRPA1. Both of these receptors are involved in pain perception. In this way, CBC can activate the receptors, releasing anandamide, which is an endocannabinoid.

The effects of CBC have been studied, including:

THC-V is psychoactive only in very high doses, similar to CBN. THC-V is formed after the combination of divarinoleic acid and geranyl phosphate. The resulting THCV acid is decarboxylated to produce THCV.

The molecular structure of THCV is comparable to THC, but has a propyl side chain. 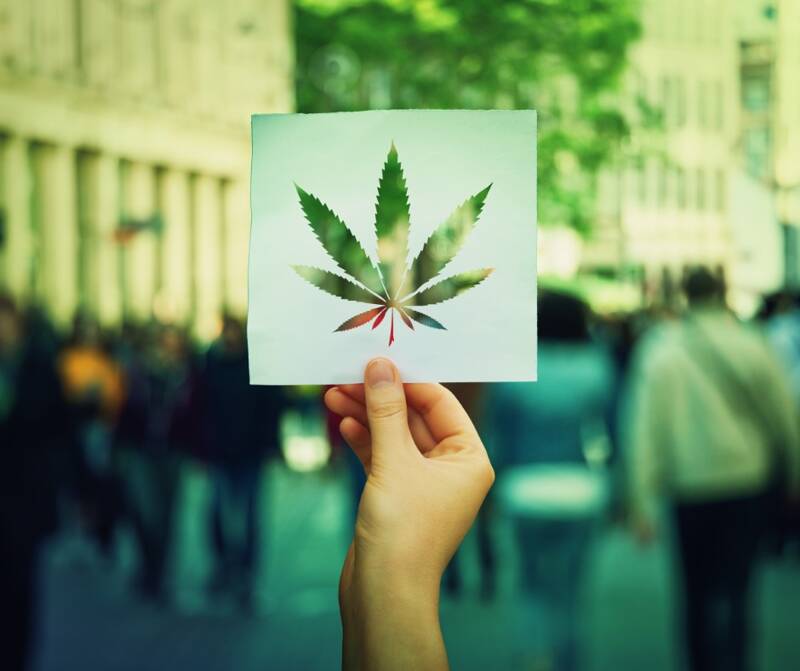 And then there's the terpenes...

Terpenes are actually not cannabinoids at all. They are fragrant oils that give cannabis its aromatic variety. Nevertheless, they are suspected of being more than just fragrances. In a synergistic effect with other cannabinoids, terpenes are said to be able to enhance or reduce its effect.

Terpenes are secreted in the same glands that produce cannabinoids. Each strain of the cannabis plant has an individual aroma that is reminiscent of citrus, pine, flowers or wood. Each terpene is associated with individual effects. Some should promote relaxation and stress relief, others should sharpen the mind and senses .

Terpenes development is also influenced by internal and external factors such as climate, soil, age of the plant and weather. So you can imagine the terpenes a little, like a wine or coffee, where the quality of which can vary greatly depending on the vintage or growing conditions.

There are at least 20,000 terpenes and the cannabis plant has more than 100 of them. Some of them are only found in cannabis. The best known terpenes include linalool, caryophyllene, pinene, humulene, myrcene and limonene.

And then there's the terpenes... 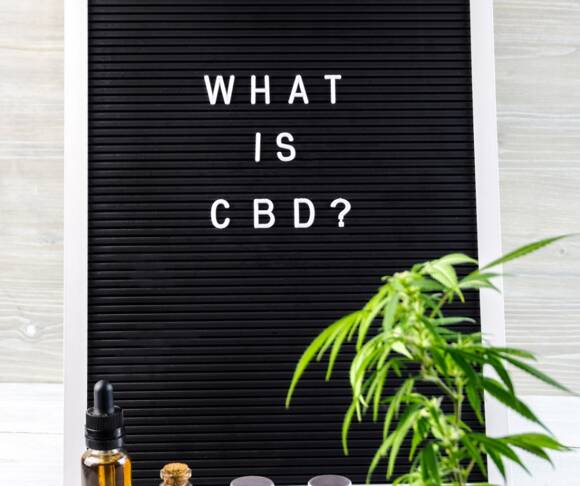 So you've heard of CBD, but what actually is it? Here we will explain everything you need to know about CBD. 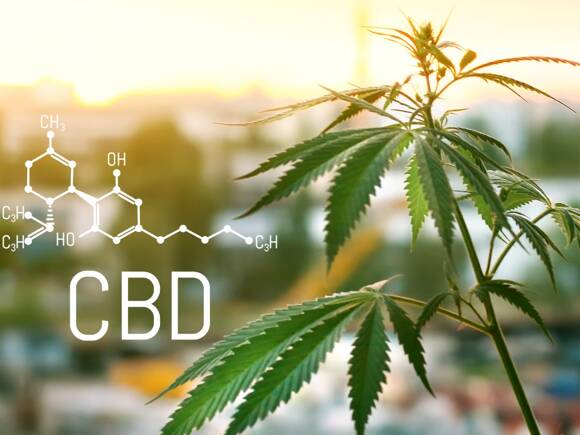 CBD and the endocannabinoid system

This system exists in your body even if you don’t use cannabis. The ECS plays an important role in many different processes in the body (e.g. appetite, sleep, memory and fertility. 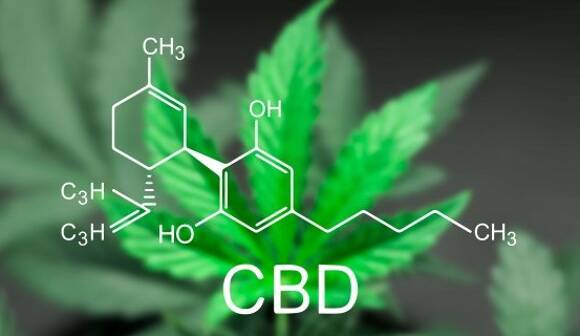 How CBD works in the body

The science behind CBD and how it works in the body, everything you need to know.